Trophy Hunting – The Good, The Bad, And The Ugly

Trophy hunting is a legal sport that takes place all around the globe. Trophy hunters are willing to pay money to get permits and hunt in the wild. The trophies acquired are considered souvenirs for the hunters. There are different kinds of species hunted. If trophy hunting piqued your interest and you would like to know more about it, we have shared helpful information that can help you to understand what trophy hunting is all about. In this post, we discussed the three different sides of trophy hunting: the good, the bad, and the ugly.

Read the rest of the post below to find out more about trophy hunting.

What is Trophy Hunting?

Trophy hunting refers to the shooting of selected animals under official government license for pleasure. The animals are usually big game like elephants, lions, bears, and rhinos. The trophy is the animal that the hunter keeps as a souvenir. Trophy hunting is legal and is practiced in many places. On the other hand, there are restrictions on the species that can be hunted, where the hunting takes place when the hunting takes place, and the weapons used in hunting.

Check out the video below to learn whether trophy hunting is more on killing or conservation.

What is the Difference between Poaching and Trophy Hunting?

Poaching is illegal. People do it for many reasons, including tradition, money, revenge, and meat for food. Poachers can either be poor locals living in the area or foreigners who are capitalizing on the illegal wildlife trade. It is uncontrolled and unmonitored. Usually, poachers see wildlife as a common pool resource. It often results in over-exploitation, which means that the rarer the animal gets, the higher the price. The money that they can get drives poachers to kill as many animals as they can.

✅ Video – Why Can’t We Stop Poachers?

Poaching is different from trophy hunting in the sense that the former is illegal. For an in-depth discussion about poaching and why we can’t stop it, you can watch the video below.

Trophy hunting is legal. Usually, trophy hunters are rich foreigners who do the activity for sport and enjoyment. It is controlled, monitored, and regulated business. Safari game parks need to apply for a government-issued permit for the number of animals they would like to hunt. If the animals are to be transported out of the country, permits are required for the transport.

✅ Video – Why trophy hunting is legal?

The Good Side of Trophy Hunting

Trophy hunting involves the killing of an animal, which decreased the size of its population. On the other hand, trophy hunting can be a useful aspect of population control, especially in the removal of problematic animals. Most animals can survive until they are too old to reproduce while retaining the instincts that allow them to compete for mates. This process can stop population growth because it stops younger animals that can breed from getting the opportunity to do so. In such cases, killing the problem of animals can lead to an increase in population.

Trophy hunting revolves around economics. There are trophy hunters who are willing to pay high prices to hunt a rare species. The rarer the animal is, the higher the price paid for hunting it. Usually, trophy hunting is prevalent in developing countries where governments cannot provide animal conservation programs. Because of this, they allow hunters to kill a small number of animals yearly. The money paid by trophy hunters goes to the conservation programs and is used to make sure that a larger population of wildlife will survive.

✅ Video – Why Trophy Hunting Can Be Good for Animals

For more reasons why trophy hunting is good, you can watch the video below.

The Bad Side of Trophy Hunting

Poorly managed hunting programs can lead to the decline of an animal population. Most communities can absorb a few losses and still have a net increase in animals, but every animal killed during the hunt removes some of the safety margins. If too many trophy hunters are eager to hunt, the animal population will start to decline.

The government generates money through hunting. The bad side of this is that there is always a possibility of corruption. The money that comes from trophy hunting should go to conservation programs. On the other hand, that is not always the case, and there are times wherein a portion of the money goes to non-conservation purposes, which not enough money for conservation programs. Also, it is easy for government workers to intercept money in the form of taking bribes. Moreover, some dishonest organizations or individuals will continue to support hunting as long as they are earning.

✅ Video – Should trophy hunting be banned?

Below is an interesting video of whether or not trophy hunting should be banned.

The Ugly Side of Trophy Hunting

Trophy hunting has a good, bad, and also ugly side. While trophy hunting is legal, some are willing to break the law to get their trophy animal. The following are some of the reasons why trophy hunting can be ugly and alarming.

Animals are being smuggled throughout the world. From small animals like birds and deer to big animals like lions and even elephants, smugglers have a way to kill and capture these animals for profit. Some people would employ trophy hunters just for exporting the trophies. The animals are illegally hunted, killed, and exported, which can result in wildlife imbalance.

Below is a video that discusses whether hunting exotic animals helps in conservation or not.

What are the Advantages of Trophy Hunting?

What are the Disadvantages of Trophy Hunting?

Trophy hunting is a complicated issue. It is a way to raise money for conservation, but it can also be used to disguise corruption. It can help in population control, but it can also destroy the population and cause extinction to rare species with unrestrained hunting. Like any other issue, it has its pros and cons. We hope that we have enlightened you about trophy hunting and its many sides. Thank you for reading! 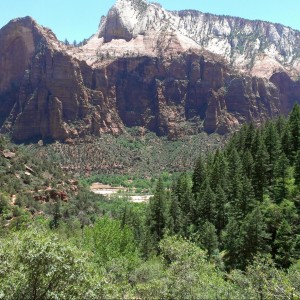 We are the team of writers behind Wild West Quest, and definitely explorers to the bone. We have a passion for outdoor living, exploration of nature, and of all corners of life. We love to write about our passions, so we're putting together hours and hours of research to bring you the most relevant content for your hobbies. So just relax, enjoy, and have fun exploring. We do too ?.
All Posts
PreviousMini Crossbow Field Guide – Toys, or Real Weapons?
NextBest Left-Handed Bows – Buying Guide